Paris, 17 April 2015 — The examination of French Intelligence Bill ended this Thursday at the National Assembly. After 4 days of debate, very few enhancements were made to a text that was denounced by an incredibly large number of groups for its dangerous, intrusive and liberty-infringing nature and whose control dispositions are totally inadequate. La Quadrature du Net calls on French representatives to listen to the citizens’ demands to reject this text during the final vote on 5 May.

On 5 May, the final version of Intelligence Bill will be submitted to the National Assembly for adoption during a solemn vote. It will then be sent to the Senate for a single reading, as required by the emergency procedure

Whereas many questions raised during the public discussion did not receive satisfying answers from the Government and the Parliament, the main worrying elements of the text were all adopted:

The too few representatives who opposed rapporteur Urvoas and Interior, Justice and Defense Ministers have received evasive or vague answers to their very precise questions on technical and legal details. 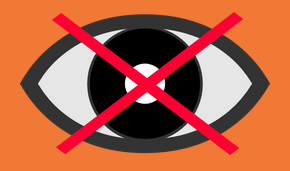 The government, facing persistent opposition from both inside and outside of the Parliament, tried many times during the week to regain control of the situation. For instance, it extended the number of MPs that make up the future CNCTR1The Commission Nationale de Controle des Techniques de Renseignement (CNCTR), or National Control Commission of Intelligence Technics, is the independant administration in charge of controlling the use and set-up of surveillance methods.. It also accepted to exempt protected professions from emergency procedures and met with a group of large French webhosters so it could then pretend to amend the article which allows for installing spying devices on the network. In no way can these cosmetic and opportunistic modifications satisfy the defenders of public liberties. The text’s general balance was not updated and it remains unacceptable in a democracy.

“During the vote on next 5 May, French representatives must reject this bill. They were forced by the government to examine at a breakneck speed a law supposed to give a general framework to French Intelligence services and which will have a great impact on public liberties. We invite citizens to contact one by one their Members of Parliament during the next two weeks until the solemn vote in order to convince them to vote against this law.” declared Philippe Aigrain, co-founder of La Quadrature du Net.