Paris, 26 February 2015 — Just as the Julia Reda report (GREEN/EFA – DE MEP) on copyright reform was being discussed this week in the European Parliament Committee on Legal Affairs (JURI), another report was examined today by the Committee on Culture and Education (CULT). The latter concerns the reinforcement of the “Intellectual Property” rights, and contains a number of disturbing points regarding repression and enforcement that bring back to mind highly contested provisions from the ACTA agreement, and encourages an extra-legislative approach to fighting “commercial scale counterfeiting”. Citizens should get ready to mobilise on a large scale, both to support the positive evolutions of the Reda report, and to denounce the dangerous proposals pushed by the European Commission and some Member States, among which France. 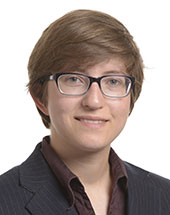 The report prepared by Pavel Svoboda (PPE – CZ MEP) suggests the European Parliament adopts a resolution on a communication by the European Commission, published in July 2014 and titled “Towards A Renewed Consensus For The Protection Of Intellectual Property Rights: An EU Action Plan”. La Quadrature du Net already had reacted at the time of publication by criticizing the Commission for trying to reintroduce some of the controversial aspects of ACTA through the backdoor. Unfortunately, the Svoboda report validates the Commission’s intentions and especially welcomes its intention to act against counterfeiting “on a commercial scale”, a term directly taken from ACTA and likely to seriously harm civil liberties given its vagueness.

The text also supports direct agreements between right-holders and intermediaries (such as advertising agencies) to fight infringing websites, which leads to bypassing legislative procedures and extra-judiciary Copyright enforcement. The influence of Member States such as France can be seen in such proposals. France, notably, is currently preparing tougher measures against commercial counterfeiting, with a complete lack of transparency. These measures may include a black-list of websites, designed to be used to pressure technical intermediaries into “self-regulation”.

Although indirectly validated by the recent report by Farida Shaheed 1Farida Shaheed, UN rapporteur on cultural rights, presented a report to the intergovernmental organization, in which she advocates the establishment of a new balance between copyright and Human Rights, through the strengthening of exceptions and limitations to copyright. Just as in the Reda report, she brilliantly shows that this approach is compatible with respecting creators and improving their livelihood, as long as their rights are clearly differentiated from the interests of cultural industries. For more information, see this blogpost by Lionel Maurel (in French)., UN rapporteur on Cultural Rights, the positive and balanced Julia Reda report has been swamped by an aggressive smear campaign, led by MEP Jean-Marie Cavada (ALDE – FR MEP), whose interventions (fr) this week in JURI displayed incredible contempt for digital culture and its potential to give the means for cultural creation to the majority (greatest number, doesn’t quite work). France is also using all its influence to try to block the reform and reorient the current works towards their repressive components.

The JURI Committee will vote on the report Reda in the coming weeks. It will be a decisive moment and La Quadrature du Net invites citizens to start telling their MEPs right now to defend a positive reform of copyright that makes cultural rights a reality for all.

These proposals are dangerous to civil liberties and reveal the European Commission’s position’s ambiguity on copyright reform. The heated debate around the Reda report seems to be used as a distraction to simultaneously push for the establishment of a new form of repressive policies.

“It is time to turn the page on a maximalist conception of copyright, which has in recent years mistreated both artists and public, in the name of preserving private interests. The Svoboda report is yet again an expression of such interests, but European citizens can act to influence and change things, in particular by supporting the proposals of the Reda report.”, said Lionel Maurel, member of the Strategic Orientation Council of La Quadrature du Net.