Paris, 31 October 2013 — The “Legal Affairs” (JURI) Committee of the European Parliament will consider on Monday, November 4th, the draft resolution on Private copying levies of the Member of the EU Parliament Françoise Castex. The draft invites the EU Commission and Member States “to examine the possibility of legalising works sharing for non-commercial purposes so as to guarantee consumers access to a wide variety of content and real choice in terms of cultural diversity”, but has been the subject of numerous attacks to stall the debate on sharing once again. Ahead of the vote, citizens must mobilize and ask MEPs to maintain this reference, so as to force the Commission to consider all means for the recognition of sharing and to guarantee cultural rights in Europe.

[UPDATE: after several postponements, the vote of this report was taken on 11 February 2014. Paragraph 27 was deleted by 13 votes in favour and 10 against.]

While the massive rejection of ACTA by the European Parliament in July 2012 sent a strong signal to the EU Commission in favor of a better balance between copyright and freedoms, there is now a total immobilism on this matter. The Commission has been constantly adding repressive provisions in international trade agreements under negotiation (CETA, EU-Singapore Trade Agreement). Instead of starting a reform of copyright which fulfilled the aspirations of citizens, it stalled for time with the Licences for Europe project, which was criticised by several citizens organizations for its conditions and unrepresentativeness. 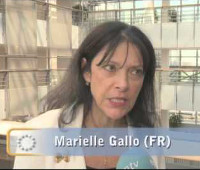 Before the JURI Committee, the Member of the European Parliament Marielle Gallo asked for “the deletion of the paragraph 27 on the legalization of the p2p” using the argument that “This mention does not fit anyone, either copyright holders or civil society support it” (our translation1« Je vais proposer la suppression du paragraphe 27 sur la législation du P2P ! Cette disposition ne fait l’unanimité de personne, ni les titulaires de droit ni la société civile ne le soutient »
Source: http://www.pcinpact.com/news/83925-la-licence-legale-a-bien-existe-en-france-au-seul-profit-seuls-ayants-droit.htm). Such remarks flout the claims of many citizens and consumer organizations which, in France, Netherlands, Poland or Sweden, advocate for the legalization of sharing and a copyright reform. Marielle Gallo also caricatures the rights holders’ position, since in France, representatives of musical performers and photographers expressed their support [FR] for a legalization of non-market sharing. Moreover, in France, the report of the working group lead by Pierre Lescure2Pierre Lescure was the former CEO of Canal +, a major TV station owned by Universal, currently advising the French government on the future of Hadopi (the “three strikes” administration), recommended [FR] to further reflect on the legalization of non-market sharing by opening the debate at the European level, which is the best adapted to consider this reform. During recent discussions on the future of Hadopi, several members of the French Parliament, both from the majority and the opposition, have stated their willingness to discuss about the sharing issue.

Contrary to what Marielle Gallo said, the purpose of Françoise Castex’s proposal is not “to bind private copying and illicit use” (our translation3« Ne lions pas copie privée et usages illicites ! »
Source: http://www.pcinpact.com/news/83925-la-licence-legale-a-bien-existe-en-france-au-seul-profit-seuls-ayants-droit.htm). On the contrary, its open formulation allows to consider several solutions for legalization of sharing (such as a new definition of the exhaustion of rights, or a new exception to copyright), while the adaptation of the private copying exception is but one option of what could be considered in the framework of the revision of the European directive 2001/29 which has just started [FR]. 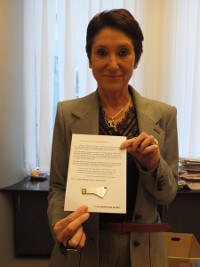 There is an urgent need to adapt the scope of authorized non-market sharing of digital works between individuals to the realities of practices and to the development of knowledge about their economic impact. La Quadrature du Net calls on the members of the “Legal Affairs” (JURI) Committee of the European Parliament to maintain the paragraph 27 of the draft resolution of Françoise Castex. All independent studies find a positive, zero or slightly negative impact of decentralised sharing on creators’ incomes. The EU Commission must stop avoiding the debate and present a communication on the possible legalization of non-market sharing between individuals and on new financing models adapted to creative practices in digital sphere.

“It is essential that paragraph 27 of the Castex draft resolution be maintained. The recent European Council on digital environment has once again focused on repression, ignoring the issue of sharing. The European Parliament must ensure the legalization of sharing demanded by many citizens and civil society organizations across the EU will not be ignored any longer” concluded Lionel Maurel, co-founder of the citizen advocacy group La Quadrature du Net.

“No more false pretenses, such as the pseudo-dialogue ‘Licences for Europe’, which has resulted in nothing but the confirmation of the democratic deficit of the EU for copyright reform. Members of the JURI Committee must hear the voice of citizens and finally put the issue of the recognition of their cultural rights on the agenda” concluded Jérémie Zimmermann, spokesperson for La Quadrature du Net