Paris, 8 July 2013 — Today begins in Washington DC the first round of negotiations of the Trans-Atlantic Free Trade Agreement, TAFTA (also known as TTIP1TTIP (Transatlantic Trade and Investment Partnership) is an attempt to rename TAFTA in a positive-sounding manner, “partnership”, while avoiding to be too pronounceable or to sound too similar in pronunciation as “ACTA”), amid concerns about the legitimacy of negotiating such a text under espionage by the US government. La Quadrature du Net publishes a leaked document [pdf] [text] showing that the EU is already preparing to attack citizens’ freedoms online, turning TAFTA into a “super-ACTA”. La Quadrature calls on citizens to mobilize and calls negotiators to communicate TAFTA texts to the public as soon as they enter in their possession. 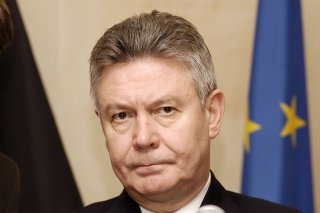 From 8 to 11 July 2013 in Washington DC, negotiators from the US and the EU (represented by the European Commission) will negotiate the first round of TAFTA, the Trans-Atlantic Free Trade Agreement. Their discussion will likely attempt to determine the scope of agreement. Among the numerous “non-tariff”, “regulatory issues” that have already been announced as part of the negotiations, one can look at a great range of issues such as access to medication, food safety, investor-state litigation and finance, copyright, patents, etc. It is highly questionable that any of these issues, critical for structuring our societies and determining our everyday life, could be better addressed by closed-door negotiations of a trade agreement between unelected representatives rather than debated democratically in Parliament.

La Quadrature du Net publishes a document from the EU negotiators of TAFTA [pdf] [text], related to Internet. It shows alarmingly that they intend to negotiate rules that could potentially have a deep impact on the Internet, with among others:

These are only examples of how critical parts of legislation could be negotiated within TAFTA, all of them bearing huge potential risks for our freedoms online. Not only the EU negotiators could commit to weaken protections of citizens’ freedoms or free competition, but they could also ensure that bad EU legislation could never be revoked, by turning them into “gold standards”. The precedent of ACTA shows that industries can have tremendous (if not total) influence on the content of such an agreement, and that EU negotiators from the Commission can hardly be trusted to defend general interest, as demonstrated by their chief, Commissioner De Gucht’s outright lies to EU citizens and Parliament.

La Quadrature du Net calls on all citizens to mobilize and ask for the publication of any text proposed or negotiated behind the closed doors of TAFTA. The citizen organization also launches a solemn call to all of the (about 80) officials involved in the negotiations: “Honour democratic values and justice by leaking documents from TAFTA and contribute to foster transparency and public debate on these crucial issues!”