Paris, September 15th 2010 – The Gallo report1initiative report (non-legislative text) initiated by the French EPP -Member of Nicolas Sarkozy’s party- Member of the European Parliament Marielle Gallo, “on enforcement of intellectual property rights in the internal market” on strengthening copyright enforcement will be voted in the European Parliament on Wednesday, September 22nd. Even if non-legislative, this dangerous text relies on biased figures pushed by producers and publishers’ lobbies to call for an extension of repression. It opens the door to the creation of private copyright police of the Net. All EU citizen can act to help the Members of the European Parliament out of the blind repressive path, and adopt an alternative resolution -more constructive and protective of consumers- instead of the Gallo report. 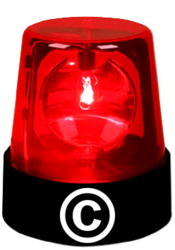 In the direct line of the French President’s copyright policy, the Gallo report defends an obsolete vision of copyright based on controlling digital copies. It relies on biased lobby-sponsored figures2Check how the methodology of the main study used by the industry is completely bogus: http://blogs.ssrc.org/datadrip/wp-content/uploads/2010/03/Piracy-and-Jobs-in-Europe-An-SSRC-Note-on-Methods.pdf. Instead of taking stock of the failure of repressive policy in the past 10 years, the Gallo report is but one more call for blind enforcement against users. It calls for more repression, through legislative and “extra-legislative” measures against filesharing, opening the door to the creation of private copyright police and justice, considered both by ACTA3Article 2.18.3 of the draft leaked from the Washington DC round and the European Commission.4The Gallo report calls for “extra-legislative measures”, it recalls the “voluntary agreements” praised by the EU Commission in its communication from Sept. 11 2009 which Internet service providers would be encouraged to cooperate with the rightsholders for enforcement: access restrictions, targeted filtering or bandwidth capping… all requested by the entertainment endustries could be implemented through contract, without a judge and a fair trial..

The approach defended by the Gallo report is based on a tragical misunderstanding of the challenges facing the development of culture on the Internet. It blames imaginary pains on file sharing, even though month after month, every independent study concludes that the overall creative economy of music, video and film enjoys a continuous growth and the net effect of file sharing on welfare is positive.5See in particular the recent paper by Felix Oberholzer-Gee and Koleman Strumpf, File-Sharing and Copyright, National Bureau of Economic Research Series, February 2010, pages 19-55, online at http://musicbusinessresearch.files.wordpress.com/2010/06/paper-felix-oberholzer-gee.pdf and the US Government Accountability Office study concluding that filesharing impact is deliberately inflated by industries, and that its positive impact should be considered as well (http://gao.gov/products/GAO-10-423). The non-exhaustive list of similar studies is available on: http://www.laquadrature.net/wiki/Studies_on_file_sharing_eng..

Meanwhile, the Gallo report does not address the real problems: the extreme concentration of promotion on a limited number of titles, the growing inequalities of revenues for creators, or the capture of most revenues by parasitic players such as copyright stock-owners and heirs of deceased artists. It fails to address the need to put in place mechanisms that can reward and finance a much extended set of artistic, creative, expressive and informational works. In reality, the type of enforcement proposed by the Gallo report will only worsen every indicator of diversity and richness of creativity.

“If they chose to endorse the original Gallo report, MEPs would make one of the most ill-founded decisions in recent policy-making. They would close the door on the open-minded exploration of solutions for building a sustainable creativity at the scale of the Internet. The Gallo report goes against citizens but also against the interests of most authors and artists.” declares Philippe Aigrain, co-founder of advocacy group La Quadrature du Net.

In order to bring back some balance in the debate and protect citizens’ freedoms, an alternative resolution is being tabled by S&D, Greens and other[?] Members of the European Parliament. If adopted, it will replace the original Gallo report. The alternative proposal takes stronger steps than the original report against counterfeiting of physical goods (potentially harmful for the health and security of consumers). While strongly condemning for-profit file sharing, it doesn’t go further and calls for an open-ended reflexion on other models than repression.

“All EU citizens worried that blind enforcement will harm their fundamental freedoms, innovation and the Internet ecosystem must call Members of the European Parliament6Dedicated campaign page: http://www.laquadrature.net/wiki/Gallo_report_plenary_vote_campaign to urge them to vote for the alternative resolution. We must not let an outdated vision of culture and pro-Sarkozy politicians draw the future of EU policies concerning the Internet.” concludes Jérémie Zimmermann, spokesperson for La Quadrature du Net.