Paris, November 12th, 2009 – Since Spring 2008, The European Union, the United States, Japan, Canada, South Korea, Australia as well as a few other countries have been negotiating a trade treaty aimed at enforcing copyright and tackling counterfeited goods (Anti-Counterfeinting Trade Agreement or ACTA). The last round of negotiations, held in much secrecy last week in South Korea, was focused on the enforcement of so-called “intellectual property rights” on the Internet. La Quadrature puts together a web-dossier on ACTA and sends a letter1http://www.laquadrature.net/files/LaQuadratureduNet-20091112-Lettre_au_Ministre_ACTA.pdf to Christine Lagarde, French minister of the Economy, to ask that she publicly oppose the proposal regarding Internet regulation. 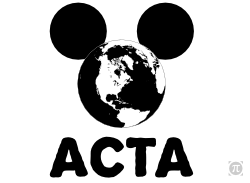 ACTA continues its career as the most shocking circumvention of democratic governance in the already long history of copyright and patent regulation. Now, an intense democratic debate is going on regarding the issues of information and knowledge governance in the national, European and even international arenas such as WIPO2See “Positive outcome reached at WIPO Advisory Committee on Enforcement while ACTA looms in the East” http://keionline.org/node/681. However, the interest groups and fundamentalists of property on information, culture and knowledge are trying to find hidden paths, such as multilateral agreements, for “cooperating” governments to push forward their agendas in complete secrecy.

Contrary to what was previously said by the European Commission, ACTA does seek to hinder the activities of ordinary citizens, namely that of sharing cultural works over the network in a non-commercial purpose. Pushed by the music and film industries, the United States Trade Representative, who was in charge of drafting the Internet chapter3http://www.laquadrature.net/wiki/ACTA_Draft_Internet_Chapter, made extremely worrying proposals that go way beyond the most criticized provisions of the WIPO or TRIPS treaties. As it stands now, ACTA would generalize the most extremist versions of anti-sharing legislations regarding digital rights management and copyright circumvention devices. It would also impose third party liability on Internet Service Providers (ISPs), with two important consequences:
– In order to monitor online activities, detect and block copyright infringements on the Internet, ISPs would have to develop Net filtering practices.
– ISPs would also be forced to implement three-strikes schemes under which users would be disconnected from the Internet in case of non-commercial sharing of copyrighted works.

“Under the pressure of narrow industrial interests, our leaders are making a dangerous attempt to enforce the most extremist copyright legislations by further criminalizing file-sharing and attacking the founding principles of the Internet. It goes against all we fought for at the French and European levels in the past months, and it is taking place out of public scrutiny”, says Jérémie Zimmermann, spokesperson for La Quadrature du Net.

At a time when anti-sharing legislations are more and more criticized, at a time when the Internet is being recognized as essential to the freedom of expression and communications, ACTA seems completely out of the line.

“Now is not the time for copyright ayatollahs: it is the time for a fundamental change of the copyright regime that would help society reap the full benefits of the knowledge society. Citizens all around the world must make their voices heard and reject this daunting strategy whose only objective is to please entertainment corporations.”, urges Zimmermann.

La Quadrature is putting together a web-dossier4http://www.laquadrature.net/en/acta on ACTA.
For more information on ACTA, check the site of Knowledge Ecology International and Michael Geist’s blog.