Paris, April 20th 2009 − The Council of the EU is strongly pushing Catherine Trautmann – rapporteur of the main directives of the “Telecoms Package” – to accept a useless, neutralized version1The Council wants to make it a merely indicative recital instead of an article that Member States must transpose into their law of amendment 138. This amendment, opposing to “graduated response” – or “three strikes” – schemes, has been overwhelmingly adopted by the European Parliament in its first reading on September 2008, and is crucial for safeguarding EU citizens’ rights and freedoms. La Quadrature du Net calls European citizens to urge their MEPs seating in ITRE committee to support the rapporteur by refusing any compromise neutralizing amendment 138 (now renumbered 46) on April 21st vote. 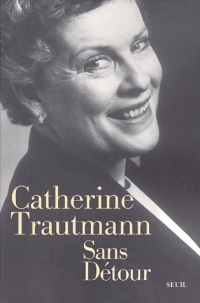 A crucial amendment2Amendment Bono, Cohn-Bendit, Roithová and others: “Applying the principle that no restriction may be imposed on the fundamental rights and freedoms of end-users, without a prior ruling by the judicial authorities, notably in accordance with Article 11 of the Charter of Fundamental Rights of the European Union on freedom of expression and information, save when public security is threatened in which case the ruling may be subsequent.” for protecting EU citizens against entertainment industries’ private police and parallel justice (known as “three strikes” or “graduated response” policy) was approved by 88% of the Members of the European Parliament in first reading of the EU Telecoms Package, on September 24th 2008.

This amendment 138 was then deleted without any justification by the Council of the EU, under strong pressure by Nicolas Sarkozy, during the French presidency of the EU. It was to be reintroduced in second reading within the Industry, TRansport, Energy (ITRE) committee (now renumbered 46). Now under strong pressure by the Council, the rapporteur Catherine Trautmann and the ITRE committee might be about to accept a compromise where amendment 138/46 would become an indicative recital instead of an article that must be implemented in Member States’ laws. It is now time for EU citizens to make their voice heard in the ITRE committee, as such a neutralized compromise wouldn’t protect their essential rights and freedoms anymore.

La Quadrature du Net published a detailed analysis explaining the issues at stake and the importance of the rapporteur’s responsibility3http://www.laquadrature.net/fr/telecoms-package-the-rapporteurs-fear-of-the-penalty.. Advice for EU citizens on how to contact their MEPs is provided4http://www.laquadrature.net/wiki/Mobilisation_2days_to_save_am138_and_citizens_rights_in_Telecoms_Package on a campaign page.

“Every concerned EU citizen must call his MEPs seating in ITRE committee to inform them about the situation and urge them to vote in favour of amendment 138/46. The European Parliament must, along with the rapporteur Catherine Trautmann, keep its position at all cost. No compromise can be accepted when safeguarding fundamental rights and freedoms. We all need a Parliament that protects EU citizens and doesn’t bend under the Council’s pressure. In this troubled times of disbelief in the EU institutions, right before the elections, the Parliament must stand strong for its electors by approving amendment 138/46.” concludes Jérémie Zimmermann, spokesperson of La Quadrature du Net, calling all EU citizens to take action before Tuesday April 21, 20h00.

More informations can be found on a detailed analysis and advice on how to contact your MEPs on the campaign wiki page, including informations about ITRE MEPs.