Paris, 11 February 2014 — Over the last year the public across the globe was made aware of massive global surveillance conducted by the NSA and its partners or counterparts, but also by private tech companies. In response, and in celebration of the victory against SOPA, PIPA and ACTA two years ago and in memory of one of its key architects, Aaron Swartz, La Quadrature du Net joins this day of mobilisation The Day We Fight Back against mass surveillance, which will mark actions by civil rights groups from all over the world. This day is a perfect occasion for all citizens to get informed, and to act to defend our privacy against private and public surveillance. Below are actions carried out by La Quadrature and its supporters today.

“Together we will push back against powers that seek to observe, collect, and analyze our every digital action. Together, we will make it clear that such behavior is not compatible with democratic governance. Together, if we persist, we will win this fight.”

This Tuesday 11 February is a global call to arms against surveillance. Many organisations around the world defending human rights in all its forms, such as freedom of speech, privacy, or press freedom, have joined forces for a day of mobilisation against mass surveillance. The global problem is that surveillance, public and private, has gone way beyond embarrassement between countries. It is undermining the basis on which our democratic systems and thus our rights as citizens rely, such as the protection of journalistic sources or confidential communication with a lawyer. As the Necessary and Proportionate petition, signed by La Quadrature du Net and more than 300 other NGOs stated, any legitimate surveillance has to be, amongst other things, established by legal statutes, transparent, have a legitimate aim, be necessary and proportional to the threat, involve user notification and have adequate public oversight.

Several actions, online and offline, are planned by organisations across the globe. Events are listed here. Since the first Snowden revelations, La Quadrature du Net has consistently advocated new asylum rules for whistle-blowers reporting serious violations of fundamental rights, but also the suspension of the Safe Harbour agreement between the EU and the US for all companies listed as participating to PRISM and other NSA programs, reinforcement of the data protection regulation against similar circumvention of fundamental rights and support to decentralized free software applications based on strong cryptography. Today, La Quadrature has coordinated the launch of several projects:

Thanks to the generosity of supporters who helped crowd-fund it, and of Benoît Musereau who volunteered to direct it, La Quadrature du Net publishes ”Reclaim Our Privacy”, a three-minute movie that explains the threat to, the importance of protecting, and the tools to reclaim our privacy online. If you want to contribute to the funding of this movie, it is still possible to do so here. Any funds received above the target amount will be shared between Benoît Musereau and La Quadrature du Net. The movie is released under CC BY-SA, so feel free to share or remix it! <3
Download it!

Volunteers supported by La Quadrature du Net put together a website about “Things the NSA doesn’t want you to know (and why you should know about it)”: NSA-observer.

The numerous revelations on NSA surveillance represents a lot of information that no one had presented in a format that was easy to access and understand. The authors gathered the information into a public-domain licensed website and freely-downloadable database. Moreover, in order to comprehend the system, the website provides visuals of the connections between NSA programs, attack vectors and compartments. The website is a work in progress and the authors welcome involvement by others in order to keep the data up to date and make it more accessible to the general public. 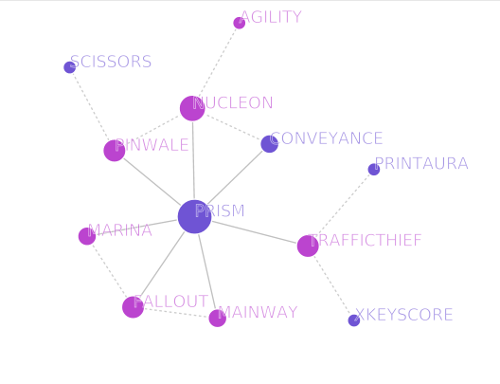 “Nothing To Hide” by La Parisienne Libérée and Jérémie Zimmermann

La Parisienne Libérée is a French journalist who sings the news once a week. She invited Jérémie Zimmermann, cofounder of La Quadrature du Net, for a song on personal data and privacy.

On this global day of action, La Quadrature encourages all citizens to get informed and share information about surveillance and the need for better legal and technical protection for privacy in the digital age. For more information, visit: