Paris, 14 January 2013 — The blocking of ads by French ISP Free serves as a strong reminder of the urgent necessity to ban Net access restrictions by operators. As a presidential candidate, François Hollande promised to guarantee Net neutrality and all evidence of immediate need for action is now on the table. Will Minister Fleur Pellerin commit to quickly presenting a draft law during tomorrow’s roundtable on the issue? 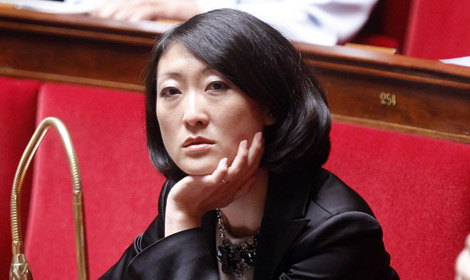 It has almost been two years since the Economic affairs committee of French Parliament released its report on Net neutrality, noticing an alarming rise in Net access restrictions by ISPs and calling for a law. Since then, those restrictions have become widespread, as reported by the RespectMyNet platform and the BEREC (European telco regulator)’s report. The “Free adgate” is one among many restrictions by French ISPs1Users keep detecting discriminations, blocking, speed throttling of their online communications, openly imposed by ISPs, depending on source (Bouygues), destination (Free) or content (SFR), and acts as a reminder that all the needed evidence is on the table to call for a quick protection of Net neutrality by law.

On the eve of a roundtable on the subject, the French Minister in charge of digital economy, Fleur Pellerin, seems content to set aside the questions of fundamental freedoms and focus on the economic aspects instead2On the Europe1 website (in French), on January 7, 2013. As François Hollande committed to protect Net neutrality during his campaign, and as Chile, Peru, The Netherlands and recently Slovenia enacted it in their legislations, is the French Government about to surrender to telecoms operators?

“The case of ad blocking by Free demonstrates that citizens and their online communications are now held hostage by obscure commercial negotiations. Is Minister Fleur Pellerin pretending to ignore that each access restriction is potentially a restriction to free competition and innovation, but especially to everyone’s fundamental freedoms? Will she only repeat the operators’ fallacious arguments, while she lets them restrict our communications, like the previous government? It is no longer time to organize roundtables or create commissions, but to guarantee Net neutrality by law.” declares Jérémie Zimmermann, spokesperson of citizen advocacy group La Quadrature du Net.