Strasbourg, Sept. 22nd 2010 – The European Parliament has just adopted the Gallo report on copyright enforcement by 328 to 245 votes. This very repressive text is one more step in the entertainment industries’ crusade against their own public. The Members of the Parliament have failed to recognize that the measures called for in this non-legislative text profoundly undermine fundamental freedoms1For an overview of the dangers of the Gallo report, see La Quadrature du Net’s memo: http://www.laquadrature.net/files/LaQuadratureduNet-20100919_Gallo_and_ALDE_resolutions.pdf. For the next steps, citizens must remain on their guard and should continue to inform their elected representatives about the lies of the industry, and the importance of the Internet for the future of our societies. 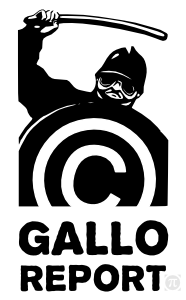 In the end, the lobbying from the entertainment industries proved extremely powerful, as demonstrated by the nefarious influence of a few members of the ALDE group who helped rejecting alternative approaches and thereby paved the way for a call to ruthless enforcement2For more details on the political maneuver of the ALDE group, see: http://www.laquadrature.net/en/eu-liberals-join-sarkozysts-in-online-repression. Baseless studies3The Tera/BASCAP studies about supposed job loss in EU due to “piracy”, used as the main argument by pro-Gallo lobbies, are completely partial and bogus. See the Social Science Research Council’s comments ont the methodology: http://blogs.ssrc.org/datadrip/wp-content/uploads/2010/03/Piracy-and-Jobs-in-Europe-An-SSRC-Note-on-Methods.pdf
According to the serious SSRC, the BASCAP methodology is flawed and negates all the positive aspects, while dramatizing and inflating the figures. BASCAP’s co-chair is Jean-René Fourtou, chairman of the supervisory board of Vivendi-Universal (one of the strongest lobbyists for more repressive IPR in EU).
and letters signed by dead or unknown movie producers, fake signatures4See http://www.numerama.com/magazine/16850-rapport-gallo-la-petition-des-realisateurs-est-bidonnee.html (in French), or 7 years old singers5http://www.laquadrature.net/wiki/Liste_IFPI#What_we_found_out were used among other deceptive techniques to get this vote, against the general interest of EU citizens.

“The Gallo report is an illustration of the will of the entertainment industry to try to impose private copyright police and justice of the Net6The Gallo report calls for private copyright police, whereby enforcement would be achieved through extra-legislative and extra-judicial measures, upon accusation by the rights-holders and with the cooperation of the Internet Service Providers. Repressive schemes such as the “three strikes” policies and other Internet access restrictions –typified by the French HADOPI or the UK Digital Economy laws– negate fundamental rights, such as the right to a fair trial, the freedom of communication or the right to privacy. So far, they have also turned out to be a political and technical failure. Even if they are encouraged by the European Commission and the draft ACTA agreement, such measures giving investigation, evidence collection and sanction powers to private actors are not tolerable in democracies abiding by the rule of Law.” analyses Jérémie Zimmermann, spokesperson of the citizen advocacy group La Quadrature du Net.

“EU citizens must remain watchful and continue their essential work of informing their elected representatives about the crucial role that a free Internet plays for the future of our societies and an expanded creative economy. Only through civic engagement and democracy can the lies of the entertainment industries be rejected as such. Soon, elected representatives across Europe will realize that the crusade of these industries against their own public undermines the founding values of our democracies, and that it should be stopped by all means.” concludes Zimmermann.

La Quadrature du Net warmly thanks all the committed citizens who participated in this great effort.