Paris May 13, 2008 – La Quadrature du Net (Squaring the Net) is worried about amendments endangering privacy tabled by the rapporteurs of the Culture Committee of the European Parliament. They fit into the consideration of two proposals framework directives known as “Telecoms Package” [1]. 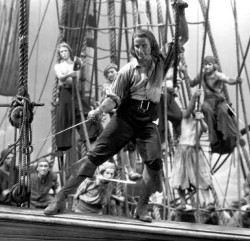 These amendments are aimed at injecting in the Privacy and electronic communications (E-Privacy) directive a device known as the flexible response or three strikes. It is allowing producers to engage in police duties, and access providers to punish the public without going through the judicial authority [2].

As evidenced by a note of the french film lobby circulating in the European Parliament [3], several of these amendments are measures drafted directly by the film industry that seeks to break a recent ruling by the European Court of Justice. They significantly reduce the level of protection of privacy and personal data in Europe.

La Quadrature du Net is concerned about other amendments intended to legalize cultural industries’ spyware, to institutionalize their influence, or to enable them to determine what wireless technologies will be used by the public. The last amendment studied denies the existence of a public’s right to redistribute the public domain or free licensed works.

“These amendments confirm once again that the ‘flexible response’ goes against the fundamental rights and the principle of proportionality. How MEPs could have tabled such dangerous legislative riders? The reform package Telecom aims to strengthen the protection of users, not weaken it! The film industry wants to pirate European law!” Says Christophe Espern, spokesman for La Quadrature du Net.

More about the studied amendements